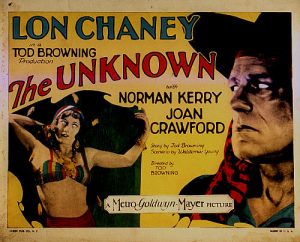 This score for Tod Browning’s 1927 silent film The Unknown was originally commissioned by The American Museum of the Moving Image, with a grant from Meet The Composer, as part of a festival in 1993, which also featured composers Amy Denio, Don Byron & Tom Cora.

Since the premiere at AMMI in 1993, it has been performed on tour in venues including The Philadelphia International Film Festival, The Boston Museum of Fine Arts, The Celebrate Brooklyn Festival, The World Financial Center (NYC), Teatro Verdi (Rome, ITALY), MASS MoCA, The Virginia Film Festival, The Avoca Beach Picture Theatre, The Sydney Fringe Festival (Australia), and The Big Day Out (Australia). 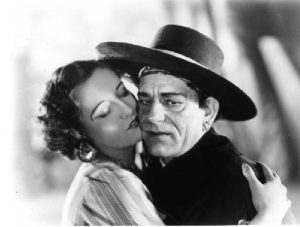 The collaboration between director Tod Browning and silent film actor Lon Chaney was one of the most bizarre and compelling in early film history. Browning, who later became known for the sound films Dracula with Bela Lugosi, and Freaks, was a Hollywood maverick who followed his own obsessions. Chaney, known as “The Man of a Thousand Faces,” specialized in astounding physical transformations in films such as The Hunchback of Notre Dame and The Phantom of the Opera, prompting the joke of the day, “Don’t step on it…it might be Lon Chaney!” In the 1920s they made a series of macabre thrillers together, including The Unholy Three (1925), The Black Bird (1926), and West of Zanzibar (1928), among others. 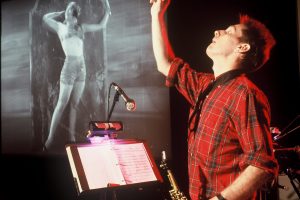 In The Unknown (1927), Chaney plays Alonzo the Armless, a circus performer who specializes in a knife-throwing act with his feet, while he poses as an armless man, to hide a different physical deformity which identifies him as a sought-after murderer. Nanon, the object of his obsession, (played by Joan Crawford, in her sultry first screen appearance at the age of 18) is plagued by her own irrational fear of men’s arms. A dramatic and tormented conclusion ties up this Freudian nightmare with an unconvincing moral denouement. This score murmurs underneath that Alonzo is the sacrificial (if somewhat demented) hero, and Nanon & Malabar are insensitive narcissists. 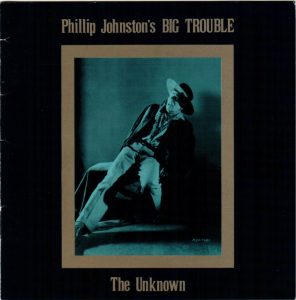 About the CD, Andy Bartlett wrote in Cadence Magazine:

“...the whole performance here comes off so well I have to chuckle at Johnston’s liner notes comments that he hopes the music will stand on its own. It’s a smash. Now I’ve got to rewind the film and start the disc again… Strongly recommended.”

You can watch a video screener, with a live performance of this score, of the first 7 minutes of the film here.