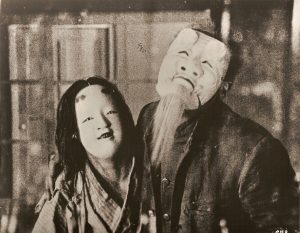 One of the most startling and striking silent films from Japan, PAGE OF MADNESS was rediscovered by director Teinosuke Kinugasa in his storeroom in the early 1970s and made available for re-release. It follows an elderly man who voluntarily works at odd jobs in a lunatic asylum where his wife is confined, having drowned her baby son in a fit of madness many years earlier. He hopes one day to set her free. “The film is a remarkable work of concentrated emotional power, seeking to understand the nature of insanity while offering a straight narrative (the wife’s story) in flashback,” observed The Faber Companion to Foreign Film. Relying on its images, the film uses no inter-titles, displaying breathtaking technical virtuosity: the director employs every available camera device, in the style of German Expressionism: it has been called the “Japanese Cabinet of Dr. Caligari”. “A masterpiece of imagination and control, it has not dated in 70 -odd years,” Faber exclaims. Time Out New York called it “one of the most radical and challenging Japanese movies ever seen”. 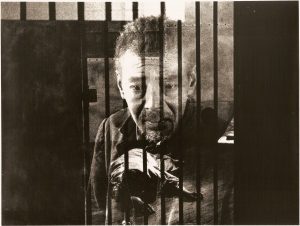 Phillip Johnston’s original score for “Page of Madness” was premiered on July 9th and 10th, 1998, at The Walter Reade Theater, in Lincoln Center, NYC. It was commissioned by The Film Society of Lincoln Center and performed by The Transparent Quartet. It has subsequently been performed at Duke University in Durham, NC, Time & Space Ltd. in New York, and at M.I.T.’s Killian Hall in Boston, Massachusetts and most recently at the 2007 Sydney Film Festival in Australia.